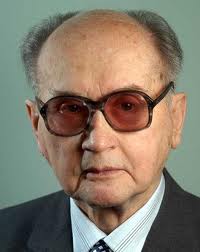 The process of European unification is continuing. A very important stage is the accession to the European Union of ten new members. This is a historical test and it is also a test for all the members. Historical disparities have to be overcome and this is a priority.

As a result, we should see a certain identity of the economies, the cultures and the social standards of the new and the old members. In becoming members of the European Union, Poland and other countries understand that this membership gives them new chances and new possibilities. At the same time, they take on responsibilities, in that they have to level out the standards, they have to be more dynamic, more open and start up beneficial multilateral co-operation.

At the same time, we will be able to overcome all the current problems of which we have spoken today, but these problems should not be considered in an exclusively European context. They have a global aspect, but Europe, with its civilization, cultural and humanitarian potential, is in the position to become a sort of laboratory for researching and looking into the roots of these negative tendencies and can become a laboratory for finding new methods and instruments for fighting them. We can do a lot to make civilization retain its human face, but we have to undertake multilateral efforts to do this. In this regard I would like to remind you of what Mr. Gorbachev said on 19th May 2003 in Turin. He said: “Problems and events overrun politics. Politics usually lags behind, and this indicates that it is necessary to develop a mechanism of forecasting, warning about and preventing negative tendencies”.

The Polish Academy of Sciences recently came up with a proposal to start up a project on harmonious development which will be aimed at an analysis of the current situation and at studying and forecasting the consequences for politics, for the social sphere and for the environment. This research should be based on using information technologies and various other instruments. The project reinforces the research of different groups of countries, preserving and sustaining their cultural and historical diversity. This work will be compiled in reports which will be submitted to the European Commission and then to the United Nations. One invaluable element of our common past, of the past of the greater Europe, is our pluralistic diversity of cultures and I think our aim is to stop the development of the commercialised American sub-culture. This is a problem of ethical dimensions and a kind of a threat. Commercial aggression is difficult to bear. Consumerism has changed people’s demands and requirements. Culture should be influenced by valuable elements from other parts and other cultures and this is why we should stop culture from becoming provincial and commercial. We do not want cheap market products to prevail and to define people’s tastes. Culture is still the main carrier of historical tradition and we have to defend this culture. This is why I think that a project like the European Library, working on common text books, on common European schools and institutions, research programmes, and standards in educational programmes, will contribute to better mutual understanding and help finally overcome the deficiencies and grievances which have appeared in the past.

The path of reform in the early 1990s is connected with the aim of Mr. Gorbachev. He called for reform, he called for the philosophy of inter-dependency and came up with the concept of the common European home. All these reforms and ideas were being realized gradually and consisted of different military, social and political initiatives, and here I would like to draw your attention to the Viennese negotiations on the limitation of the arms race. At that time, both sides put their cards on the table, they started talking about a balance of power, of providing for security and reducing their arms to the level of defence sufficiency. We have now come into a new stage of history, we have to make undertakings, and I think that our conference will be able to give a signal for the need to reform, the need for new action, the need to review our defence requirements and especially to stop the technological spiral of arms and armaments. We will thus be able to define the scale of European weapons and its balance with the military machine of the US.

What role can be played by eastern Europe? We can speak about a certain rapprochement between the two parts of the continent. We see that there are great differences as far as the governmental structure is concerned, but conflicts are becoming a thing of the past. We are witnessing the creation of an architecture of trust. This process is very complicated. We have to implement this process in the field of civilization, in the fields of the economy and culture, but especially in people’s minds. We all need each other and today’s meeting contributes to this new mentality and is capable of increasing and improving our mutual understanding, the understanding between the west and the east, also increasing our awareness of economic, military and environmental security.

Further understanding and economic co-operation are very important, particularly as far as western investments and technologies, and eastern human capital are concerned. A good example is the amount of natural resources in Russia, which is assessed at a value of 30 billion dollars. These comparisons can also be seen in the field of energy, and we know that energy and energy supplies are becoming more and more important in the light of the situation in the Middle East and of the future of this region. Speaking of Europe, we know that it does not end at the Bug river, geographically Europe goes as far as Urals. However, in a broader sense, and I know that this will sound strange today, it may embrace the regions up to Vladivostok, but that does not mean automatic unity. Some parts of our continent represent different traditions and find themselves at different stages of development and co-operation. That is why rapprochement, contacts, relations, and integration in a European context should take on the form of processes of a gradual movement, creating step-by-step conditions for further integration. I think it would be incorrect and inappropriate to try to artificially speed up this process or to hamper it.

European countries have created many examples of good co-operation and they should support and help this process, defining its speed and form. A special role is played in this process by America. Lively discussions are being held on the relations between the US and Europe and I would like to limit myself to the words pronounced by Mr. Genscher. He said: “We are not speaking of there being less America. We are rather speaking about there being more Europe. A broad and expanded Europe is needed by the whole world”.