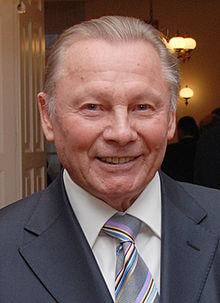 ​​​​​​​​​​​​​​Speech transcribed and edited for client publication by Civitatis International.

I am particularly pleased to be able to present the example of Slovakia, a vivid and living example of what the process of European integration brings for every area of a country’s life. But, alongside the positive, I would also like to comment on a few of the unfulfilled expectations of EU membership in Slovakia, and the other new Member States. Entry into the European Union was a priority of the Slovak Republic since its establishment in 1993, though the greatest intensity of integration was felt from 1998 onwards. Why was membership of the EU such a priority for us? Integration into the Euro-Atlantic structures was to a great extent a response to the need for economic and social reform, and the general modernisation of the country. We understood that this was a process with interconnected elements, which is why the Slovak Republic simultaneously pursued membership in the  European Union, NATO and the OECD. The accession process had a positive influence on the stability of the domestic political environment and on relationships in the region.

It is now more than three years since we became a full member of the Union, and our first, infant steps in the European institutions are now well behind us. The last 12 months have shown that we can be active – and that we can be successful – in the formulation of the EU’s European policy. But this does not mean that we can be completely content with the position of the Slovak Republic in the European Union’s decision-making processes. There is still room for improvement, for example, in increasing the representation of our citizens in the personnel of the various European institutions. At the same time, the Slovak Republic is trying to deepen its own process of integration, and achieve the gradual elimination of the differences between old and new member states. Slovakia would like to see the abolition of the transitional measures limiting the free movement of labour which have been invoked regarding citizens of Slovakia by other EU Member States. It is important that Western European countries understand that opening their labour markets to citizens of the new Member States will not create competition for jobs which are in short supply. More importantly, this is a question of principle, regarding the extension of liberties to the new Member States. That is how the Slovak Republic understood it, when we decided to open our own labour market to Romanians and Bulgarians, after their countries joined the EU. The current priority of the Slovak government, announced in their Manifesto, is the introduction of the Euro as Slovakia’s currency, from 1 January 2009. The Slovak government has chosen to enter the Euro zone following a thorough analysis, which confirmed that benefits for Slovakia significantly outweighed possible negative consequences. The full political spectrum accepts this analysis. Developments in the last few weeks and months have shown strong confidence in the Slovak economy and currency, and in government policy, as basic preconditions for entry to the Euro zone.

Without in any way questioning our commitment, I must say that the Maastricht criteria for Euro zone entry are very demanding. After all, they were created for the old Member States, in a period of low inflation and relatively low levels of economic growth. They are not adapted to the economies of the new Member States, which have high rates of economic growth, which is not compatible with low inflation. The limit on the budget deficit is therefore a deficiency within the criteria. It means, among other things, the slowing down of our development programmes. European integration will remain popular in Slovakia, and will be viewed positively, as long as the citizens perceive it as positive.
The external frontier of the European Union, and the introduction of the Schengen system is an important challenge. Citizens have the right to travel without their ID cards and passports, and the right to security of the Schengen Area, as the fulfilment of one of the four freedoms. We were embarrassed to see some Member States worried about opening their borders because they were worried about illegal migration, and did not trust the frontier defence systems deployed in the new Member States. Another aspect of illegal migration is the fact that the new Member States of the European Union evolve from the position of transit countries into the position of target countries for migrants, thanks to the improving economic parameters and the achievement of a higher level of well-being. Migration, legal or illegal, and irrespective of which part of the world the migrants are coming from, is therefore a question for the whole Union, and close cooperation here is very important.
​
The European Neighbourhood Policy is an important tool, which we want to continue using for the development of cooperation with the partner countries. States like Slovakia can only benefit from this, because our potential in these relationships can be based on the entire EU and its policies. That is particularly important when negotiating with large partner countries outside the Union. Of course, the readiness and capacity of the partner countries to adopt the value base of the European Union plays an important role. I believe it is very important that the EU as a whole continues to be interested in maintaining the European Neighbourhood Policy, including its eastern dimension. It would be wrong if the southern part of the EU persisted in seeing the eastern dimension of the European Neighbourhood Policy as a kind of competition to the Barcelona process, rather than the fulfilment of the goals of the European Neighbourhood Policy, through integration of the East European partner countries into a common shared space of liberty, security and prosperity. The European Union must fulfill its original principles and liberties, and only then define new ones. I therefore welcome the changes offered by the Reform Treaty. These changes will create conditions for a more democratic functioning and a more transparent decision-making process in the European Union, which will allow the Member States to act more effectively in areas of common interest. But, in addition to institutional reforms on the basis of an agreement between the Member States, we also need to gradually overcome various psychological barriers, and introduce into the consciousness of all our citizens a greater feeling of responsibility for the solution of common European questions. Unfortunately, my dream of displacing the dialogue on the effective functioning and the future of the Union down from the institutional and government level toward the regions, towns and communities, with a broad participation of our citizens has remained unfulfilled. Nevertheless, I believe that we are moving in the direction of a Europe which will be open and receptive to its citizens and their rights, and which will be oriented towards modernisation, the knowledge economy, and the social needs of its citizens.