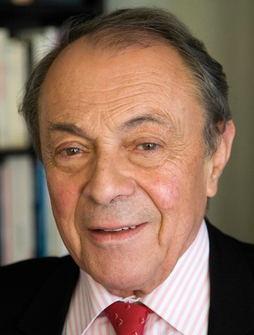 The diagnosis is certain: the current world architecture does not work well. Conflicts remain unsolved; failed states are without help or treatment; worldwide negotiations concerning climate, trade, reform of the United Nations or any number of other urgent concepts, fail repeatedly.

We citizens of the world have without doubt a duty to think in terms of a new world architecture and to prepare it intellectually and politically. However, something else is certain, as well: the complete obfuscation of the situation due to the short-term perspectives on these matters. I therefore feel incapable of thinking in terms of such a global project, finished and coherent, which might be implemented.

Several global problems from the past seem to me to pose the possibility of rehabilitating the concept of a new and better political architecture; multilateralism, the principle of negotiations and the restoration of confidence in these ideas by some punctual successes in these problem areas.

I must say that I do not believe in any chance, in the decade to come, for the reform of the UN Security Council as it presently exists, for the creation of an Economic and Social Security Council, or for the reorganisation, in the hope of better coordination and efficiency, of the economic and financial agencies of the UN: the World Bank, the IMF, the WTO, and the ILO. But, I do think that there are two problems on which the persistent absence of a solution, the growing damages created thereby and the shared knowledge of the increasing threat linked to the proliferation of collateral havoc, are creating a growing consensus on the urgency of a solution.

This concerns first, the Israel-Palestine conflict. Born in 1947, this conflict has been until now, successfully limited by the international community to the area within the borders of the former Palestine mandate, except during the five wars between Israel and the Arab states. After every one of these wars, the belligerents have more or less returned to their starting positions. This is no longer the case and there is a great risk of an enmeshment between the Palestinian cause, the terrorist clamours, the Islamic identification of the various Iraqi factions and the Iranian discourse. To progress from all this becomes an urgent task and can only be done through a negotiated peace. The principal actor is the United States. However, they cannot publicly admit that their regression to partisan policy has disqualified them for this task. They know it very well, of course. The road map and, with it, the Quartet, have temporarily failed. But the 2002 Declaration of the Arab League opens a very new and promising path. A conjunction between the Quartet and the Arab League would probably be the most powerful coalition that the international community could create in order to put pressure on both communities for the sake of peace, with the US a natural ally. It is a difficult task, but necessary and possible.

The second problem is the greenhouse effect and, more generally, the threat of a change in the climate. In this matter, the new element is the consensus that is quickly and consistently growing in the scientific community. Thereby, the world public opinion is increasingly convinced that the problem is of first and gravest priority and that the danger is rapidly increasing. The preparation of measures to be taken, including some constraining ones, is now within the reach of the international community. In the United States, the most reluctant country, now their local authorities as opposed to the central government show a very clear consciousness of the emergency and the need to treat that problem.

A third idea approaches a bit more, the theme of the world architecture. A new Secretary General of the United Nations has just been appointed. Such a body as ours is within its rights to present to him some suggestions for his mandate. In a letter that the World Political Forum could undertake to write and beyond the two problems above mentioned, we could evoke: The urgent necessity of the creation of a United Nations Environment Agency; The proposal presented to the General Assembly to adopt a “Declaration of Interdependence”, that, recognising that our nations are all in the same boat and depend more and more on one-another, would be the legislative basis of a new age of global cooperation; The urgent need to improve the quality and the power of the United Nations instruments to tackle the problem of failed states.It is probably necessary now to create the concept of United Nations mandate to face these situations. A reform of the Trusteeship Council or of the Decolonisation Committee can be a step in this direction;

The preparation of a conference on the morality and stability of the world financial system, which seems presently to suffer under some difficulties related to these two factors.