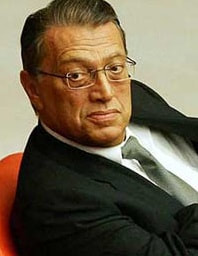 We talk about Europe, but we should be conscious about how we define it. There are no distinct geographic borders, which makes an easy delimitation impossible. I would also not confine Europe to the European Union. I rather advocate that Europe is held together by what the philosopher Sadik al-Azm calls “secular humanism”. It encompasses basic rights and freedoms, democracy, civil society and the separation between state and religion. The full commitment to these values makes a country European.

Europeans are very likely to pretend that secular humanism was a long-established, inherited principle. That is not the case: In Germany it was not before 1945 that freedom of speech had finally been installed. In Spain it was in 1975 that first steps towards parliamentary democracy could be gone. For a country like Slovakia it took even longer. We see that it is not good to look at Europe from within. We have to move to the side a bit to adopt a certain distance. From the Turkish position, we may just have the right perspective to see the future hot spots that demand European interest: the Balkans and the Middle East. Both are just along the defined European boundaries. Most of the entities of these two regions have not been able to embrace the values of “secular humanism” yet.

When thirty years ago, the European discourse came to the predominately Islamic countries of the Middle East, it focussed on the situation of minorities, the treatment and role of women, human rights, and sophisticated theological topics. Today, when we throw a glance at Islam, the only terms that we are capable to think of are jihad, violence and hatred.We speak, to quote the Syrian poet Adonis, “of Islam as if all Muslims were either already evil or at least had the potential to turn evil”. We thereby naturally deny the region the ability to ever acquire the principles of “secular humanism”. We forget that it were these values that made Middle Eastern societies at the turn to the 20th century, the so-called “an-nahda”, eagerly look to Europe – adopting its manners and tastes. Europe, however, understood this affinity as weakness and answered the Middle Eastern demand for support by invasion. In an unprecedented act the ambassadors Sykes and Picot in 1916 agreed about the division of the region, and Lord Balfour availed himself of another part of the area as if it was his own property. We may very well agree with what an Arab intellectual said: “Whenever Europe came to our lands it brought war to us and commodities attendant on war. The European values thereby never reached us differently than in a poisoned way.”

The Middle Eastern elites that were brought to power by the European occupiers applied a strict regime of Europeanisation with a nationalistic backbone that had formerly been unknown in the region. They, by force, led the communities on a way of destruction: ancient poetry was made forgotten, traditional life styles were abolished, the native arts called worthless. The Islamic civilisation was destroyed – with a lasting affect.

Europe favoured despotic rule over democratic government, religious and ethnic minorities over the development of a feeling of commonness, Islamistic splinter groups where a new state turned out to be too self-confident. Europe clearly showed: “Secular humanism” is reserved for itself, a marker of its own supremacy.

The Lebanese academic Abbas Beydoun argues that the aggressiveness which Islam currently displays is not a home-made phenomenon but rather a condensation of all the lessons learned from colonialism: “Its brutality, collective punishment, and cultural disrespect”.Homicide has never been in Muslim history an accepted form of religious expression. Terrorism is one of the last real taboos of our European societies. But, considering the state of the societies as explored above, terrorism isn’t as much nihilistic as we seem to assume. It rather is “the product of disillusion, helplessness and desperation. It is nourished by cruelness and despair; that’s also where it derives its legitimation from.” It is interesting that Europe and the USA were so successful in letting the Middle Eastern countries think that they would need their interference. This is also the winning principle that lies behind Moralpolitik – the new paradigm in International Relations which supports humanitarian intervention to further foreign-imposed democracy and act against terrorism. However labelled: Moralpolitik finally is old wine in new bottles, namely another term for Realpolitik.

This fact became especially obvious in Europe’s own courtyard: on the Balkans. There are voices asserting that the American initiated NATO bombings of Serbia saved Europe from a more large-scale fire in the area. I, however, argue that European gratefulness for the American action is not due. This first real humanitarian intervention ever was plain Realpolitik too: By reviving NATO, the USA brought themselves back as a European might with a strong anchoring in the continent.That this assumption is not all wrong prove current events: The reduction of American troops in Europe from 43.000 to 24.000 which was due until the end of 2008 was officially postponed. It was on purpose that in my speech I concentrated on very selected and restricted topics only. I am fully convinced of two things:

Firstly: Europe has the tendency to call Europe only these parts of its territory that show a bright face and stable conditions. But there is another side of the coin as well, which is too easily skipped. The Balkans are Europe too – so let’s find a way to give these countries a truly European outlook.

Secondly: Europe really has to assume courage and take over its responsibility – not only for its own lands but also for the neighbourhood which was made dependent. Europe must thereby understand its role not merely as an executing power of the decisions of the international system and as its payer, but rather as a self-assured player: Only if this step is taken – and it’s a huge one – Europe may raise its head and look for still more demanding challenges on a global scale.