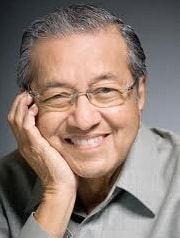 I have been listening very attentively to the discussion on poverty and I must admit that I have benefited very much from hearing about the various aspects of poverty and how to tackle the problem that have been discussed around the table, but I think there are two things still missing among the causes of poverty, which I would like to elaborate a little bit more.

And number one regards intellectual property. Now, intellectual property is actually a new idea. For most developing countries we have never had any idea about reserving rights to whatever it is that we produce. Anything that we produce, anybody can use and they can improve on it and they can benefit financially from it, but now we have intellectual property and we are being charged for all the new inventions and products that come from the countries which are rich enough to have laboratories and facilities to invent and discover new things. At times, of course, it is our own products which are reinvented, so to speak, in the rich countries. A typical case is basmati rice, which has been produced in India and Pakistan for hundred of years, but suddenly it was to be made the intellectual property of a firm in California. Fortunately, India and Pakistan were able to stop this nonsense about claiming that basmati rice is their proprietary rice, but this thing goes on.

The fact is that we are being charged for the results of research done in the countries which can afford to do the research, and among the results are the treatments for HIV-AIDS. HIV-AIDS is a disease that affects the poorest countries most of all, especially where the population is not educated enough to avoid getting the disease. We need to have the treatment, but the cost is very prohibitive, and yet we know that the drugs can be produced at very much lower cost, if there were no intellectual property rights. India, for example, has produced a treatment for HIV-AIDS, which is extremely cheap, and Brazil too has been able to produce one, but their sales are being restricted because of intellectual property claims. So we do not really know what parameters are used to determine the price of these drugs, which were discovered or formulated by the laboratories in the very rich countries.

On the other hand, we notice that a lot of our intellectuals are actually being attracted to the very rich countries. We spend a lot of money giving education to our people, from primary to secondary to tertiary, and when they are educated at tertiary level, the best students among them are taken away from us and are attracted by the very high salaries that they are offered, and their intellectual products become the proprietary rights of the very rich countries.

A second matter regards the arms trade. The arms trade is one of the biggest segments of world trade, and is getting more and more expensive. Arms are being upgraded all the time, there are new generations of arms and, of course, the research is done again in the very rich countries that spend huge sums of money researching into arms, which is worthwhile only if the arms are not used, because then there would be peace, but once you produce arms, you have to recover the cost of developing the arms, and to recover that, there is a great effort to sell arms all over the world, and there is a lot of high pressure salesmanship. For example, sales people go to a country and suggest that that country should buy the arms or the airplanes or the warships, because their neighbours are buying. If you don’t buy, then you are going to be left behind. We are not at war with our neighbours, but nevertheless the armed forces, the personnel, feel let down, very unhappy, if the neighbours have got the most up- to-date arms and they do not. So, after some time governments are forced to buy arms, which they really they do not need, and these arms do not stay up-to- date, they keep on being upgraded. After a few years, we need to replace the arms, and all these things cost a lot of money, money which could be devoted to other more productive things, because arms are really not productive at all. We don’t have a war on our hands, but if we did an evil thing and went to war with our neighbours, we know that if we do attack our neighbours, the rest of the world is going to come down hard on us. So why are we being persuaded to buy arms, and in fact go into an arms race which is very unnecessary?

Many countries, I note, although relatively poor, have arms which are sometimes of a very high standard, and cost a lot of money. Malaysia has a policy of not spending money on arms. Actually 25% of our budget goes towards education, arms is only about 11 or 12%, about half of what we spend on education, but still we could do with less, and I think many other poor countries can do with less, if these high-pressure salesmen were not allowed to sell arms without some control exercised by some international authority. If people did not spend so much money developing arms, then I think there would be a lot of money left for eradicating poverty, for example, and it certainly will lessen the possibilities of proxy wars in order to test the effectiveness of the arms. So I think these two items should also be given due attention, because they do cause a lot of unnecessary expenditure, which of course makes it difficult for us to reduce the poverty in our own countries.