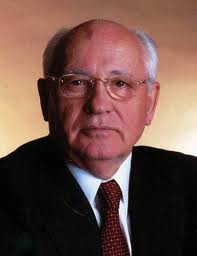 Former President of the USSR

Today, we have a world political crisis. The world is even more dangerous now than it was in the mid-1980s. The questions are: what are we supposed to do? And, generally, what kind of world do we need?

We will not achieve anything unless there is a sea change in the attitudes of politicians, who neglect common human interests and do not put them at the top of their agendas. One common problem is that we politicians emphasise our national interests because we have another election ahead of us and that is our greatest concern.

Today, our problems are global, and they can be addressed only by pooling our efforts. Think-tank recommendations and pressure from non-governmental organisations should be the basis for a new politics.

The conference has fulfilled its task: productive brainstorming about the issues has revealed the scope of the endeavour and laid a strong foundation for our continued efforts to build a new world order. We need to deepen our understanding of the realities of today’s world and identify developing trends based on those realities. We should take an evolutionary approach to building the new political architecture. This means reforming existing organisations, adapting them to the challenges of the 21st century global world and eliminating outdated organisations and methods. I want to illustrate this idea through the example of organisations such as the United Nations and the World Trade Organization. We have just had a meeting with the press, who asked: “Is it time to get rid of the United Nations?” That question usually floats around when someone wants to get rid of international law, international institutions and the UN Security Council, and start acting without taking anyone else into account. I think that everyone is aware of such ideas, so we will not dwell on them.

We need a United Nations Economic Security Council. There are defects in the UN structure, and a very serious defect is the structure of the Security Council, which does not reflect the new realities. The UN is not effective in the social and economic spheres, and many problems are rooted there, including the problems of security, stability and democracy.

For example, political scientists are attempting to provide convincing explanations for the roll-back that we are witnessing in about 100 countries where big democratic changes took place in the late 20th century. Several dictators and authoritarian regimes left the world stage back then, but now we see a roll-back of those processes, and authoritarian-minded politicians are again popular. We see it even here, in Europe. At the most recent congress of political scientists in Cape Town, South Africa, its participants—particularly those representing developing countries—clearly said that people were unhappy with the fact that their hopes for democracy had proved unwarranted. They are ready to support anyone who proposes an effective social and economic program.

Some people argue that the most important thing is freedom and political rights. Others try to prove that it is important to create social and economic pre-conditions for a normal life that is worthy of a human being. In fact, both are important, and both need one another to function successfully.

All our efforts and projects will not be worth a single penny if we do not recognise that the number of poor people is increasing and the gap between the rich and poor is growing. Today, half the world’s population lives on $1 or $2 a day, while well-off people engage in lengthy discussions and seem not to care about the fate of those who are less fortunate than them. We must pay attention to this issue, because it is a potential time bomb.

What were the origins of the Porto Alegre protest movement? At first, they simply wanted to portray their movement as a variety of quasi-rioting forces. Now, these same forces are engaged in dialogue. We can no longer avoid addressing these urgent issues, and I would probably put the establishment of a new organisation for social and economic concerns at centre stage in the new world order.

Mr. Stéphane Hessel, the French Ambassador, was talking about the dangers within the global financial system. Today, any country can be brought to its knees. You remember how Indonesia was praised and how its experience was extolled. However, the country was bogged down in short loans. At the time, it was enough to push a button or two, and within 24 hours Indonesia had turned from a prosperous country into a backward one. The value of the national currency decreased three times.

When issues like that are not addressed, a vacuum develops and the G-8 and other organisations try to fill it. However, these organisations are like clubs: they are geared to the interests of their own members. For sure, they sometimes alleviate burning problems and raise billions; however, they do not operate as a system for the common good. Who authorised them to take up functions that were irrelevant to their missions?

G-8 members feel the absence of their legitimacy, which is why they recently invited China, India, Brazil, South Africa and Mexico to their meetings. Life itself is forcing the G-8 to extend its representation. However, it is still a club with invited guests. The danger is that it becomes an alternative to the United Nations, and when it agrees a decision that conflicts with the interests of the entire global community, there is a problem. The UN is the only legitimate universal international organisation, which is why, in my view, an Economic Security Council is needed.

As for the World Trade Organization, people often ask: Can the organisation, which was created to achieve a narrow objective of liberalising global trade, meet the demands of today’s world? I think history has shown that the WTO can adapt to new objectives and to the inclusion of new countries such as China and Brazil. If we adopt such an approach, we will be able to adapt these organisations, not get rid of them. Adaptation is possible, and it may be the main route that we take in moving towards a new world architecture.

I shall turn to the second important idea that was voiced here. We are witnessing the formation of a global civil society. Most notably, its influence on politics will grow, and it should have a major impact on the architecture of the new world order. Analysis shows that the main theme of protest movements, which have already become international in nature, is dissatisfaction with the social and economic situation and the state of the environment.

Furthermore, civil society and the global civil society are already taking to the streets and airing their demands. Co-operation between the UN, international organisations and civil society is not perfect, and it does not meet the requirement to address new tasks; but a world architecture built solely on sovereign states is not adequate to meet the needs of a modern world.

Our task is to think about how to legitimatise new international organisations and integrate them with the global process. I fully support the idea voiced by Giulietto Chiesa, the Italian member of the European Parliament, who said that we should not only assess the situation and develop a vision, but move towards a strategy and create effective mechanisms through which the new world order can function. Otherwise, we may slip into a utopian approach.

Our theme is the creation of a realistic structure for the new world order, which would ensure effective governance in a global world. There are some important points to consider: global processes should not be controlled from the centre. There can be no global government, nor can there be claims by one or several states to govern the world.

Our proposals should be developed by examining real trends. In my view, a realistic new world order is a complex, multi-level system based on democratic principles. Nation states will still be needed. I attended one conference at which a Japanese delegate called for doing away with borders and states. He said that multinational companies and banks should decide everything. However, they proved to be unprepared and unable to shoulder the task. The role of nation states will not diminish, because this complex world requires responsible and balanced action. However, authority will be shared, and nation states will have to cede part of their sovereignty, as they have in the European Union.

It is important to find a proper balance between the common interests of humanity and national interests. On this particular matter, even the most prominent leaders are simply engaged in apologetics rather than analysis. Addressing issues of security, creating safeguards against nuclear or biological war and addressing the environmental crisis—these are common national interests. However, if we do not address them globally either, all countries will be hit hard. Today, the absence of such understanding is the cause of many serious political mistakes. We should welcome the formation and strengthening of regional systems in world politics. They are sweeping across almost all continents. They are an inherent part of the new world order, the outline of which is just beginning to emerge. Many are not operating at full capacity yet. Nevertheless, they are of great importance.

One should not forget about methods. I like the idea that a structure in itself is not yet a decision; you have to add to it political will and methods of addressing problems. Indeed, we live in a global world that is constantly changing. However, we still see the prevalence of old methods: force, sanctions, coercion, pressure and so on. As Lord Skidelsky from the United Kingdom House of Lords reminded us yesterday, countries are all too willing to resort to instruments of force such as sanctions, although we are convinced that they should be an instrument of last resort.

The question of preventive politics, preventive diplomacy, dialogue and the search for consensus has never been more important. The United States floated an idea that stirred discord in the European Union: the old and decrepit Europe should not be dealt with; it is the new Europe that we should do business with. The new Europe differs in that it very quickly bends to US demands. It dances not to the tune of its own Polish mazurka, but to the tune of American jazz.

We should be looking for new and effective organisational forms, including peoples’ diplomacy. If civil society is set up under the United Nations, or even under a regional organisation, it will be able to settle crises when they emerge, and many potential crises will be eliminated or minimised.

Everything that we have discussed will operate efficiently only when it is based solely on international law. Recently, we have seen how a departure from international law, even under the most noble of pretexts, such as the war on terror, the spread of democracy and the prevention of ethnic cleansing, leads to even bigger problems and sometimes to stalemate, such as that which we now see in Iraq.

So, we have lots of interesting, important and necessary work ahead of us.

I once again thank you all for participating in this conference.