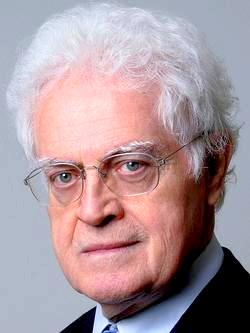 ​​​​​​​​​​​​​​​​Speech transcribed and edited for client publication by Civitatis International.

We must not require the new EU members in a brutal and urgent manner to adjust their standards. These countries have to consider their national history. They cannot just enter the EU for us to force a type of development onto them. But the question that was raised: if you consider Spain or Portugal or Greece, will they benefit from entering the EU to gradually increase their standards, environmental standards for instance, or will they themselves go along with, and imitate, the question of globalisation? This is a basic question.

You also have to take account of the fact that public opinion in these new member states doesn’t seem to be clear regarding Europe; when you speak about enthusiasm, they no longer have to wait for this historic joining of eastern and western Europe.
The second statement I’d like to make is that Mr Schwarzenberg was right when he said there is not a clearly distinct, antagonist European model which would be an antagonist to the American model: democracy, values and freedom. We agree and share those values and I think that Europe, if it succeeds as a union of 25 members, can set the example as a type of power that will be a non-dominating power but one which is focused on dialogue because its internal workings themselves are the function of compromise. And I think that in this respect, this is how we have to look at things and not in an antagonistic way.

Why was there a failure at the elections referred to by Mr Shmelev? I can’t give you any political answer to that; does this mean that in France or in Germany there was a rejection of the reforms and the changes in our social security systems? I think that these feelings are out there, but I also think that if these reforms are necessary they have to be based on two major items: dialogue and, even more, fairness. Maybe the feeling that the system is not fair is what makes the difference. We also have the major employers and I would ask you one thing: I understand that you’re calling on your workers who earn 1000 or maybe 1500 or 2000 euro a month to be more flexible, to take more precarious jobs, or maybe to pay more for social security. This is what’s being called for, but when these employees see that those who are in better economic positions don’t have to share these efforts as well, that is where there is the feeling of lack of equality and lack of fairness. We will not be able to benefit from globalisation because of the wage costs, and there are those who will be able to benefit from this because they are mobile. You have to be very careful with this feeling of the lack of justice when you ask people to make sacrifices; you yourself have to make sacrifices, otherwise these reactions will be negative, and this is what we have witnessed in our own countries.

I believe that we really need to adjust the system, but humanity can move gradually towards these values and what it has achieved. There is a need for adjustment and adaptation but these have to be explained to the people, the people have to see it as being fair, because it will have to be sufficiently just or otherwise there will be inequalities.