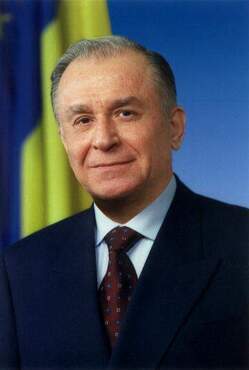 In 1989 there was a real earthquake, a whole system collapsed economically, socially and politically. The transition period was a very complex one, all the different states had to be made compatible with the European Union.

The other idea raised was that we have to choose some sort of a solution to integration – integration inside or integration outside. Should integration start once we are in, or should it start while we are still out? There were 10 or 12 candidates and the first six had 12 years to prepare for entry, which was useful because we had time to make our systems compatible in every sense with the structures of the European Union. Despite this, there were still significant problems left unresolved and that is why there are significant differences between the countries not only in terms of GDP per capita but also in terms of salaries.

Many people, especially young people, are fleeing to western countries; very well prepared people are leaving the country precisely because of this lag that we are suffering from. Lagging behind is the reason for migration. It is understandable that these people should look towards the west and I think that when privatisation took place, when the banking system was privatised, that was the moment when vast numbers of people fled the country. Despite people in the banking sector being paid much higher salaries than those in the public sector, they still left the country in huge numbers, mainly because a simple employee in a western country earned as much as a minister in our country. We had to avoid a situation when everybody left the country – we do not want to have a country which is empty. This is why we were forced to raise salaries and wages on some occasions by as much as ten times. Salaries were increased in the public sector, for ministers and so on, and of course we could not increase everybody’s salaries at once, and this meant that the differences in salary became quite marked – the gap was widened.

Then there was the case of the doctors. Medical schools in our country are very good, they provide very good training and many who left these schools left the country as well. Many skilled workers such as those working in shipyards left in order to earn higher salaries. Obviously this has an impact on the public sector – we had to retain people with expertise and knowledge and we had to stop this brain drain in some way and still we did not manage. So there is a substantial lack of trained people in our country; there is a social dimension to these economic changes and we have to bear this in mind.

Let me come back to enlargement and the lessons that can be drawn from it. First of all, there were substantial differences depending on when enlargement took place, in terms of the level of development of the countries that were admitted and also in terms of to what extent the Union was prepared to accept these countries. In 1970-72 it was very different to how it is now. Back then it was just an economic unity and now it is the European Union with much wider authority. Members should now make much greater efforts than those who joined the common market back then. One conclusion is that there is a huge difference in terms of the economic level of development when considering a multi-speed Europe. It is logical that we forecast temporary periods when new member states have to be helped. On the other hand, states that have come from totalitarian or fascist systems, such as Greece, Spain or Portugal have to be helped to facilitate their adaptation to laws.

There are also countries that are not willing to join certain common policies or join certain forms of integration that the majority desire because they want to safeguard their sovereignty. This is a very different issue. Some of these countries have not joined the euro zone or the Schengen area, they are not willing to accept certain majority decisions. This kind of behaviour is against the concept of Europe and some states which economically, democratically or legally speaking are fully prepared to switch into the highest gear, refused to do so of their own will and that is against the concept of Europe.