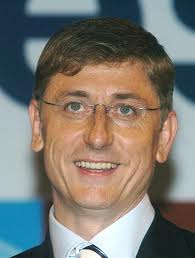 ​​​​​​​​​Ferenc Gyurcsány
​
Former Prime Minister of the Republic of Hungary

​​​​​​Speech transcribed and edited for client publication by Civitatis International.

Please allow me to respect the traditions of this forum and so I will not make political statements but rather share some dilemmas with you.

I can see that this current period in global politics is defined more by mechanisms that are trying to pull down existing systems rather than construct new ones. I would like to refer to three major deconstruction mechanisms. The first, if I go in chronological order, is something that started 350 years ago with the tradition that was created with the Treaty of Westphalia, whereby the main protagonists of international politics – states – became the main protagonists of public law. There is a challenge to this from two sides. One is the growing strength of the organised civil world that often appear as anti-globalisation movements and question traditional institutional systems. I can see a number of positive elements behind these movements even if they can be very conflictual in appearance. The second element is perhaps more tragic, namely that there are non-public stakeholders in the international arena such as international terrorists who do not fit into the public state structure created at Westphalia. The traditional public systems and the challenges that they pose cannot be managed in this framework.

The second deconstruction process is all that happened in the 40 or 50 years up until the 1990s. I do not want to go into detail on the deconstruction of this bipolar world. The third is the restructuring of Europe – the redrawing of Europe if you like – where the most complicated and painful events are what is happening in the Balkans. These are the three major transformation or deconstruction processes that we have seen in the past few decades. What can the response to these be? I have to admit that as a politician I see the greatest challenges in the strongly globalising economic and commercial world and the cultural integration needed to keep pace with this process. Neither human nor institutional globalisation can sustain the pace. There are no strong actors, no strong institutions able to maintain a balance with regard to a global commercial business world. That former balance has toppled and with it the earlier conditions within the nation states that existed. Maybe the political and economic factors in the public structures could maintain a kind of balance but in general it has resulted in a number of disappointments. I believe that our aim should be to strengthen global political integration through bodies such as the United Nations and I also believe that with globalisation we will not need less but more political integration. I also believe that we should support and urge trade unions and NGOs to follow the traditional path and play a strong global role in achieving integration

I am a deeply committed pro-European, but I also agree with those who think that Europe and the European Union are not necessarily concepts that correspond to each other. The success of Europe was secured by the fact that it was a receptive culture: it was able to absorb within its own culture different religious and cultural identities and I would like to warn the European Union against looking at itself as the sole representative of Europe’s historical and cultural heritage because I think the reality is more colourful, open and complex than what we can see in the organisational forms of the European Union. I think that it is our obligation to extend enlargement to countries of the western Balkans but I think it is equally important for the European Union to use a wide palette of enhanced cooperation measures and have intensive neighbourhood policies to respond to the challenges that come from both the Mediterranean and eastern areas. The only way to respond to these challenges is not to think in black-and-white terms of whether someone either is or is not a member of the European Union but between the extremes of full membership and independent nation state there should be multilevel partnership relationships and other institutional forms.

There are several challenges that Europe has to face, and one of those of course is Russia – we cannot avoid that. I believe that our interest is to make sure that Europe can maintain an open strategic partnership with Russia. Russia has taken a very difficult and complicated direction in the last 17 years and this transformation involves political and economic systems alike. Some signs of this transformation are very similar to what we saw in certain countries of the European Union and some elements are very different. Because of this very characteristic development in Russia there will be long-term differences as concerns democracy and human rights; there will be differences between Russia and the European Union, there is no doubt about that. In terms of the standpoint of the European Union we have to work towards making sure that there is open, sustained dialogue that is not about lecturing or scolding each other but rather about understanding. Criticism from either side should not be from a position of assumed supremacy but from the full knowledge that the different countries of this huge area have very different histories and of course the consequences are still to be seen today.

I would like to be even more specific, if I may. Russia is claiming its place in shaping global politics ever more assertively; there is an increase in national self-confidence and self consciousness and this is partly supported by that internal strength one source of which is obviously energy resources and the tremendous revenues that they generate. My impression is that Russia is testing its possible role and I can also see the world testing and checking how to co-operate with Russia in this situation. In recent times we have heard so much about conflict on both sides. I can see a certain oversensitivity and overreaction – there is a certain tendency towards mutual fear governing our politics and I can see that there is perhaps a little less openness to find solutions and that is what is needed.

I think the real lesson we have learned from the 20th century is that neither Europe nor the world can think about long term stability, peace and quiet without first seeing peace and stability in Russia and an open partnership between the world and Russia. I am very definitely against any kind of policy that would be directed towards isolation of any kind and anyone who tries to lock out the other party will end up locking out themselves.

Many people raise the question of whether energy in the hands of Russia is more than just a simple natural resource or commodity. It has not become a strategic asset in the hands of Russia and independently of Russia – energy itself has become of strategic importance. It is a strategic resource and it is very obvious that an imbalance has developed. This imbalance is mutual, it is not one-sided. On the one hand, it is true that Europe is largely dependent on energy supplies from Russia but let us make it very clear: in terms of gas Russia practically has no other buyer apart from Turkey and the European Union – there is mutual interdependence. This is of course not a balanced mutual interdependence because Russia has some $500 billion in reserves. Russia can go on without supplies for two months but we cannot. However, I think it is true that on both sides there is less mutual threat than the parties try to demonstrate.

On the other hand, it is also true that this situation is not symmetrical – the seller is dominant and this is strengthening the position of Russia and I do not think there has been the necessary political reaction from the European side. We have this fragmented structure on the European side: nation-state based competitive energy buyers, while on the seller’s side you see oligopolistic or monopolistic state control. I think the solution has to be consolidation on an economic and commercial basis with political support.

My impression is that in terms of the military partnership and competition there is no alternative to partnership and co-operation. Much more trust and stronger partnership arrangements are necessary because certain developments over the past few months are certainly risky even though I do not think we face a return to the 70s and the 80s.

I think that in the Middle East we will continue to see a certain level of insecurity in the long term and there are several reasons for this. We will see it in Islamic fundamentalism and terrorism, Iran’s nuclear programme and the trans-Caucasian and trans-Caspian region – this profound transformation that is in progress in our region. Obviously, there are competitive aspects that we have to respect and this is equally true for Russia and the United States. In the short term I think this rivalry will continue because this instability is fed by a number of sources and this will remain for a number of decades.

I think that Kosovo is basically a European challenge and if the European Union is unable to contribute to an effective settlement in Kosovo then our common foreign and security policy will prove to be an illusion. We cannot expect the United States to play a leading role in Kosovo, this is something where the European Union must be a protagonist. I think Hungary has a thousand and one reasons to be supportive and vigilant and I think we should try to avoid a situation where a lot of effort invested in a settlement in Kosovo leads to new types of insecurities generated in the region. We should make sure that there is peace and stability not only in Kosovo but in the entire region, Serbia included. I think it is very important that while solving one problem, we should not generate others. This is why we should make substantial efforts in the coming weeks and months to make sure that we can see all of these matters in the proper context.

This region of Europe is not very easy to understand for those who are not very aware of the history of the region. There has been so much trouble with peoples and religions, the intermingling of all of these, wars between neighbours, unjustified unreasonable conflicts generated by feelings of national supremacy. It is very easy to be nationalistic in this region, you do not need to be brave to feel this way. In this region, radicalism and nationalism are the weapons of the cowards, the weapon of those who do not dare to apply proper openness to neighbouring people, those who labour under facile impressions of national supremacy. The only solution is to be respectful of each other, to be democratic and to co-operate and the European Union provides an excellent framework for that, even if we see that the Union itself does not solve the issues, it is just a framework.

I am very pro-European here but we must solve these issues at home, it is not Brussels that will solve the debates arising from national policies and we need a bilateral sensitivity here. The nation-states of this region have not been independent for a long time and some of these nation-states are in a historical sense very young. They must have openness to understand that these nation-states have a different level of national sensitivity. The transition to democracy is very difficult, teaching or educating each other is very easy, but I say that first of all we have to do our homework, we have to become democratic ourselves on an individual basis and only then can we go on with real partnership and co-operation.