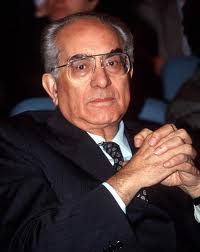 The start of world disorder was the Cold War. I am identifying it as order and disorder at the same time, because it was founded on force. I identify the new world disorder with the most recent events that have characterized international affairs.

The terrorist attacks on the United States caused the reaction of the United States to this threat. Firstly, the reaction was in Afghanistan with the so-called ‘à la carte’ alliances (e.g. beyond international organizations). Later something more worrying raised its head, which has already been mentioned: the unilateralism of the United States, which is two things at the same time. Firstly, it is a theorization – a cultural elaboration – that reaches up to the highest levels of the American establishment and, therefore, more worryingly because it does not have the contingency like for example, the contingent nature of a political act. Unilateralism was then transformed into preventative war – in Iraq. This means weakening the UN, but this also means the division of Europe. The division of Europe is not in solidarity towards the United States, but in the way to give solidarity to the United States. My impression is that the old ghosts are re-appearing in Europe, such as the special relationship between Britain and the United States, the tendency of France, also strengthened by the right of veto at the UN, to exercise this right and, therefore, to block UN decisions. And then, behind all this in Europe, even as it moves towards the European Constitution, a background of weaknesses and divisions remains and continues.

Iraq has demonstrated the insufficiency of military victory to achieve much higher aspirations that go beyond violence and reach as far as the establishment of democracy. I like very much this kind of globalization of discussion. Everything is globalized, now even discussion and our eyes look to distant horizons. I wonder if it is not right that we be careful not to dismember old certainties when we have no new ones. Or, when the maintenance of these old certainties is needed to create new ones. This means re-creating the Euro-Atlantic relationship, naturally giving fewer justifications for the unilateralism of the United States, for which we Europeans are also a little responsible because we lagged considerably in building our unity. A common commitment to foreign policy and defence, and to maintain this inter-Atlantic relationship on the political level, of political collaboration and, naturally, ensuring or being certain that European unity, not constituted by a set of pillars but true unity, is the first fundamental bond with the United States from which we can then look out onto the world.

The first area of the world to which we should cast our eyes is the Middle East, but not only Iraq, remembering that the relationship between Palestinians and Israel is even more shameful for the world. Europe had the strength, in nineteen eighty , to make a declaration for the Middle East, but we are still there, from nineteen eighty to today, in the same situation and this disorder also throws its shadow onto the relationship between Muslims and Israel, and also between Muslims and the West. The conclusion is therefore to be careful, at this time when some certainties are at risk, and do not let them run that risk again, but rather reconstitute them as the nucleus through which have a terrace to view the rest of the world.