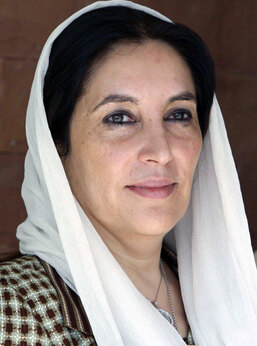 Mr President, with Iraq divided into American, British and Polish control zones, we gather together in Turin at an extraordinary and difficult time. Whatever our own views on the path that led to the recent Iraq war, it is now time to look forward. It is time to reassess the new world reality. The post-Iraq international situation gives us an opportunity again to look for ways to promote the cause of democratisation, human rights and the global community to which we are all committed. Many in the international community felt uncomfortable with a war without the United Nation’s sanction. Demonstrations for peace broke out in the heart of Europe and sometimes these demonstrations were larger than the demonstrations in the Muslim world.

No one likes war and no one likes repression. Western societies have learnt how to absorb dissent. Non-Western societies are yet to deal with the challenge of those who are victimized, persecuted, imprisoned, tortured and exiled because of their political views. This community of the politically disaffected and politically disenfranchised played a pivotal role both in saving Afghanistan and Iraq. In Kabul and Baghdad popular voices of the people were denied political space by the dictatorships there and it was these political dissidents that formed the political front for a war to reclaim their own land. I believe that countries descend into the darkness of international terrorism and state terror when pluralism is disrupted, when diversity is suppressed, when one man determines the destinies of millions of people, be it a Mullah Omar, Saddam Hussein or another dictator.

Post-Iraq, tyrants should fear. I find it troubling that some tyrants still feel little fear. In the case of Pakistan, a repressive regime run by a sitting General, a sitting Chief of Army Staff, exiles the popular opposition, imprisons dissidents and rigs elections. In the post-Iraq world that dawned this April, the words “rationalizing the Iraq war” can and should be used to press all nations to make a consistent application of democratic principles the essence of internationalism in the new millennium.

There were moments in recent history that were squandered. When the finger of history writes of the end of the 20th Century, it will write of the international community’s failure to reinforce the democratic breakthrough that the end of the Cold War brought as the eras greatest missed opportunities. I recall speaking to the European Parliament proclaiming that armies all over the world had finally returned to their barracks, that freedom had won on every continent.

In retrospect, I fear, it was merely a mirage. The forces of real-politik were waiting to collide with the forces of ideology. We proclaimed a new moral era at the end of the Cold War, but actually we constructed an era of moral relativity. Our standards remained inconsistent and our policies selective. Those that decried dictatorship in Burma remained silent about tyranny elsewhere. Many in this room rightfully demand self-determination for the people of Palestine but are less vocal about the rights of the Kashmiri people. And moreover, I would add, that we evaluate national security by hardened borders and tanks and missiles but true security is linked to the fight for economic justice that will liberate nations. True security is linked to the fight against famine and Aids. True security means protecting our environment.

I remember a time when the world walked away from Afghanistan, after the withdrawal of the Soviets in 1989. The fundamental mistake was that in Afghanistan at that time, we were not consistently committed to the values of freedom, democracy and self determination that ultimately undermine terrorism. The result was Taleban dictatorship, Al Qaida and terrorism. Dictatorship doesn’t constrain fundamentalism or terrorism, dictatorship provokes it. The goal of rational foreign policy must always be to simultaneously promote political stability and strengthen democratic values. The stakes are high. Every war in the South Asian sub continent from where I hail started when my country was under a military dictatorship. And I do not know of a single case after the Second World War when one democratic country went to war against another democratic country.

These are difficult times. We stand at the crossroads of a new world order. We witness the dawn of a unipolar world, a unipolar world environment where wars can take place with the coalition of the willing. We witness disunity in the United Nations Security Council, in NATO, in Europe and in the Muslim world. But we can also remember that the future is in our hands, as the European philosopher, Goethe, once wrote: “freedom must be reinvented in every generation.”

This is our turn, yours and mine to reinvent freedom, and I know we shall prevail.