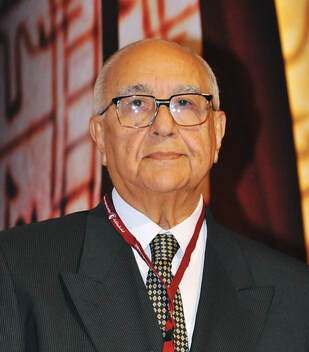 ​​​​​​​​​​​​Speech transcribed and edited for client publication by Civitatis International.

I am really honoured and privileged to be invited to participate in this August General Assembly, but I must confess to a certain difficulty in speaking, especially after the excellent speeches made at the opening session and, indeed, during the first plenary session and this afternoon. Nonetheless, let me try to give my perspective.

One of the anomalies of present day political propaganda is the deliberate abuse of language through the indiscriminate use of terms without regard to clear definition of their meaning. One of those instances is “terrorism”, particularly in the context of political conflict. Sometimes terrorists target individuals; but they often also target masses of people. Of the individual acts, the classic example was the assassination of innocent people for the only reason that they have different views, especially in politics. Of mass terrorism, in the classic example of the blowing up of houses or public institutions, most were performed by a state. However, the ultimate example of mass terrorism remains those committed by the superpowers based on the premise of introducing democracy.

What happened during those dark days of the Second World War? The battle of Britain, the bombing of Dresden, and the nuclear bombing of Hiroshima and Nagasaki. Against that historical background, where the most brutal acts of terror were committed by the state’s armed forces, it is no wonder that the guilty states attempt to confuse the issue by playing with definitions. Thus, the definition of terrorism at one state department once said: “Premeditated, politically motivated violence, perpetrated against non-relevant targets by sub-national groups of clandestine agents intended to influence an audience.” Notice the restriction of the acts to sub-national groups, thus deliberately excluding states from the definition.

In another meaningful attempt to exclude state terrorism from the definition, Paul Pillar, a former Deputy Chief of the CIA counter-terrorism centre, specifies four key elements of terrorism. 1) it is premeditated, planned in advance rather than an impulsive act of rage. 2) it is political not criminal, like the violence of groups like the Mafia used to get money, but designed to change the existing political order. 3) it is aimed at civilians, not at military or at combat-ready troops. 4) it is carried out by sub-national groups not by the army of the country.

This deliberate exclusion of state terrorism from the definition makes for double standards, built-in features of the attitude and policies towards terrorism, thus giving official licence to kill to all criminals hiding within the High Office of the State.

With the semantic manipulation pursued as thus described, the world behaves as if acts of terror before 11 September 2001 never existed. Accordingly, it declares a world wide war on terrorism and asks allies to join under the slogan: “Those who are not with us are against us.”

The war on terror has been a smoke screen to be pursued inhumanly, starting with the war and a campaign to reshape the greater Middle East. Under the slogan of democratic reform.

As a matter of fact, the war had nothing to do with terrorism or the pursuit of democratic reform. All allegations of a connection with Al Qaeda proved unfounded, as many observers have noted. The war was a distraction from due diligence in pursuing Al Qaeda. As for the war on terror, no less an authority than Zbigniew Brezinsky made the sharp observation that terror is a weapon, that terror is a weapon and one cannot declare a war on terror as such, anymore than one can declare war on the tank or an F16 fighter. Hence, war can be meaningful only if directed against an enemy that uses this weapon, provided he is truly proven to be an enemy.

If we consider the parties that used the weapon called terror, we find a whole spectrum of diverse and related parties. On the one extreme we find the zealots of Al Qaeda and similar fundamentalists who were recruited and trained by a democratic state to form Mujahiddin militia in Afghanistan. According to the official version of history, the aid to the Mujahiddin began during 1980 after the Soviet Union army invaded Afghanistan in December 1979.

But the reality, secretly guarded until 1998 when it was disclosed and confirmed, was that the first authorized secret aid to Mujahiddin was authorized on 3 July 1979 on the advice that such aid was going to induce foreign military intervention and could provide the opportunity to give the USSR at the time its Vietnam war.

That was the origin of Osama Bin Laden and Al Qaeda. However, like Frankenstein’s monster, Al Qaeda turned from an ally to a deadly foe, recruiting its operatives from the depths of poverty and despair among the Arab and Muslim masses, filled with feelings of humiliation and impotence, as a result of the continued support of the Western powers in general, and their persistent occupation and aggression, and equally as a result of the support of oppressive and dictatorial Arab and Muslim regimes. The widespread poverty, ignorance and backwardness of development together with the feeling of humiliation, inequity and injustice nurtured the rise of Al Qaeda and similar groups.

At the other extreme, of the parties accused of using the weapon of terror we find freedom fighters against occupation, regrettably resorting to what the West called suicide bombs against anybody, civilian or military.

In judging the motives of resorting to the weapon of terror, we have to remember that this did not happen except when frustration came to a climax, after the failure of all methods of resistance. Demonstrations, diplomacy, negotiation, civil disobedience, simple stone throwing, even lost homes and hopes.

To sum up, the use of terror as a weapon has been practised by individuals, groups and states throughout history. This weapon has been used by fundamentalists, and sometimes as self defence by certain groups. Combating individual and group terror by equally or more brutal state terror as the occupation forces are doing, will only lead to perpetuation of the vicious circle of violence and expand the breeding ground of recruits for further violence.

It is not even cost-effective since the hundreds of billions of dollars spent on military means to combat terrorism can produce far better results if they are combined with other peaceful measures to address and treat the root causes of the phenomena, namely the injustice and the humiliation that cause feelings of frustration and despair among the masses.

Although the large masses of people in the Middle East do share the grievance against the World Power that supports aggression, the religious zealots would have no candidates to join their ranks or support them financially and so they would be isolated and fade away.

An example of a fair and commendable political attitude came recently from no less a Jewish authority than a former executive head of the American Jewish Congress, who wrote: ”…We must also transform the world’s zone of conflict into a zone of peace, that means above all else the Middle East. We must more clearly identify the United States with the pursuit of peace between Israelis and the Palestinians. Palestinian terrorism has to be rejected and condemned; yes, but it should not be translated into support of Israel’s increasingly brutal repression, colonial settlement and a new wall. Instead America should help the majority of Israelis and Palestinians who are ready to accept a viable peace”.

Nothing is further from scientific objectivity than to link terrorism with Islam. The noble Koran is very categorical about the value of a human life. In chapter 5, verse 32 of Islam’s Holy Book, it says: ”We decreed to the children of Israel that whosoever kills a soul, not to retaliate for a soul slain or corruption done in the land shall be as if he had killed all mankind. And whosoever gives life to a soul shall be as if he had given life to all mankind”.

Islam, like any great religion, has a set of texts, a Holy Book, traditions and legal documents, that are in writing, and that are evoked to justify the actions of Muslims. No religion, Islam included, is a set menu of moral political and social behaviour. To ask of Islam the answer to basic questions about politics and society is false. As in many issues, the many texts of Islam are silent on whether it is desirable for society to be organized around nationalism or pan-Islamism, capitalism or socialism, state control of the economy or private ownership. Islam is a variant, flexible and open as any religion or body of thought. If some individuals or groups seek to justify their actions by reference to a particular traditional authority, this is their discretionary choice and has no necessary connection to Islam.

The fact is that Islam is contingent. No one set of political principles or social principles followed from it, therefore it is never valid to present ‘Muslim’ as a term of ethnic identity. This is either a stereotyped typical term, employed by those who seek to dominate or exclude people from the Islamic community. Or it is an equally false claim but made by people within an Islamic community who seek to exercise authority over a social group by advancing their particular interpretation as the sole legitimate and authoritative Islam. Please let me put this question to all of us here. The question is:

“There is a supposedly democratic State, which has no capital punishment in its law. But on intelligent information that Mr. or Mrs. So and So has the intent of committing a crime, so without a Court of Inquiry or Court of Decision, take it upon themselves to go and kill somebody cold-bloodedly by a missile or by a bomb, or by whatever means and kill innocent people with it. Do we call this democracy, or do we call it terrorism?”